A Palestinian woman, a Jewish woman. 200 liters of paint, and a conflict.

A play by Lena Einhorn & Anette Sallmander.
Opened at Kilen, the House of Culture, Stockholm, March 2008.

Anette Sallmander travels to Israel in search of her Jewish roots. But soon after her arrival something happens that changes the purpose of her trip: A bomb explodes near her hotel. After the shock has subsided, she makes a decision: She’s going to create a performance for peace. Peace between Jews and Arabs. In her search for performers, Anette meets Palestinian actress Mira Awad. The resulting performance, Living Room, will grow out of this meeting.

A meeting of hearts and minds turns into a dizzying balancing act between deep understanding and equally deep mistrust. Both women belong to a minority in their homelands, but in Israel, the Jewish woman is part of mainstream society. According to the values that both women grew up with, the other also represents the “enemy”. Now they will create a space for themselves, being together without feeling threatened. Is it possible?

The play is based on a meeting with the Palestinian actress Mira Awad, whose involvement was a prerequisite for Living Room’s inception. 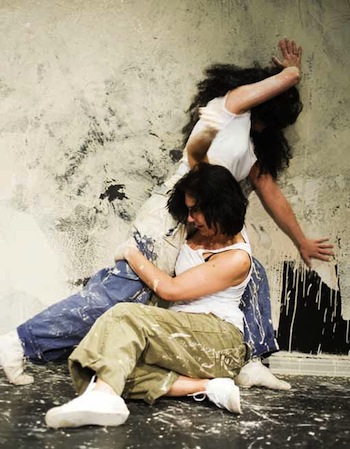 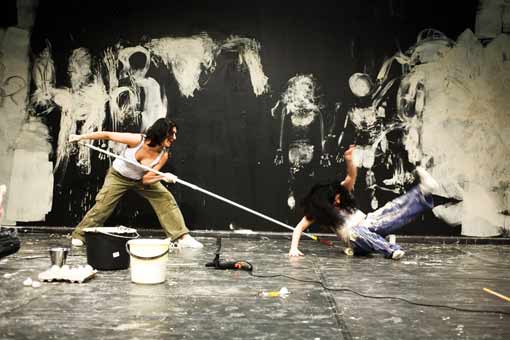