Vad hände på vägen till Jerusalem? (What happened on the Road to Jerusalem?; 2020)

“It is a special experience to travel through history.” This is how Lena Einhorn begins her second journey into the biblical past.

In two previous books, What happened on the Road to Damascus? (The Jesus Mystery) (2006) and A Shift in Time (2016), she compared the New Testament tales with historical narratives from the same era. And she arrived at the conclusion that the New Testament is written in two layers, one seemingly ahistorical, one which closely follows the narratives from the historical sources. She drew the conclusion that the biblical authors and editors struggled with two partly incompatible agendas: to present an irreproachable religious canon, and at the same time to present true history. What happened on the Road to Damascus? was translated into a number of languages, and its conclusions are still the focus of much discussion.

In her book, What happened on the Road to Jerusalem?, she goes further back in time, and focuses her curious and critical eyes on the Old Testament, and in particular on the Torah, the Five Books of Moses. The events portrayed in these books to a large extent take place in Egypt, one of the great civilizations of ancient times. We read about Egyptian kings, about devastating epidemics, about massive migrations. But why is there no corroborating evidence? Why is there not a single Egyptian inscription confirming that an Israelite, Joseph, ever ruled over Egypt? Or that Moses, or Aaron, or Joshua ever existed?

With great curiosity, and scientific precision, Lena Einhorn investigates the sources, and invites the reader on a colorful journey of the past. 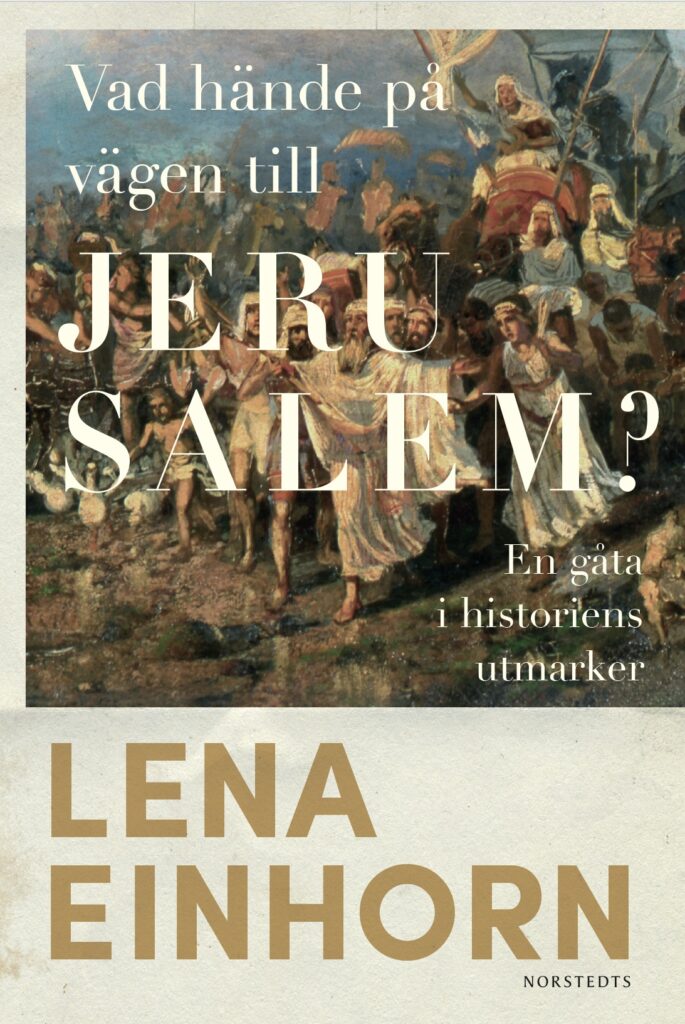