During the first spring of the corona pandemic, Sweden, a country normally characterized by common sense, science and democratic values, was suddenly in the midst of world news, because of a pandemic strategy that was completely unique – and initially led to exceptionally high death numbers. So how did this really come about? Lena Einhorn – author, filmmaker and director, as well as a trained doctor with a doctorate in virology – was in the midst of the heated debate surrounding the Swedish strategy, and a strong critic. In the book Among Hobby Epidemiologists and Expert Authorities she describes an unusual Swedish journey.

“What I felt these weeks was an astonishment, over the fact that no one in a position of authority did anything, that no decision-maker took the threat seriously, that obvious warning signals sounded unheard. I can only compare it to the sensation I first had when I woke up from the earthquake in Los Angeles, 1994, and everything shook and the streetlights went out. ‘Why did no one in charge forewarn us that this would happen?’ But that astonishment lasted only a second. The astonishment I felt in the spring of 2020 never ended.”

With a sharp eye, Lena Einhorn describes how she progressed from disbelief to activism, and was thrown back into her previous profession as a virologist, something she thought she had left decades ago, long before she became a full-time writer and filmmaker. Among hobby epidemiologists and expert authorities describes the first two years of the Swedish pandemic and debate, and exposes many of the underlying processes. 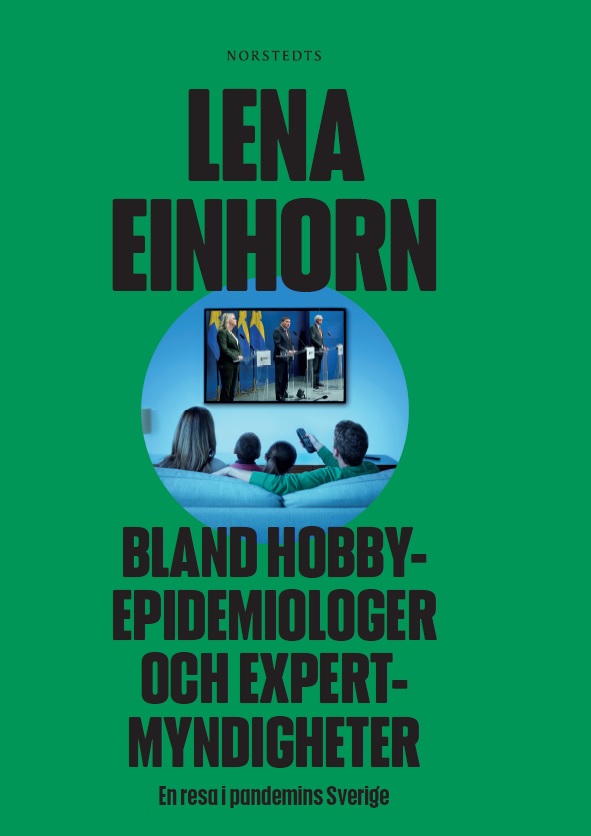